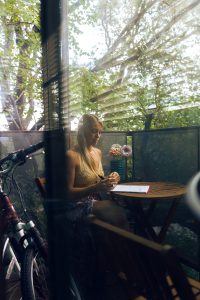 One of my character’s is a Third Culture Kid (TCK). Merriam-Webster has a good (and long) definition. While I do not agree that Obama is a TCK (having a foreign parent only makes a difference if they raise you), I think they are very accurate in other ways.

When I was teaching I had a student who was obviously of Asian genetics. When asked where he was from, he said Senegal in West Africa.

According to him, he’s less than a second-class citizen in Korea. His parents are Korean born and living in a foreign country. He was not born in Korea, but is of two Korean parents, and is not living in Korea. He explained that in Korean there are hierarchical words meaning a Korean person. He is the lowest level of “real” Koreans, according to their language.

Obviously he doesn’t identify as Korean. While he speaks Korean and learned it at home, he grew up in Senegal. He took part in the Senegalese culture. He learned French, the official language of Senegal, English, for school, and I believe he has another language that is native to Senegal. When he says he is from Senegal no one understands, though, because he looks Korean.

Since he is now in the United States, his mix of cultural backgrounds just compounds his adjustment.

Having been a mentor or supporting sponsor of a TCK group here in town, I learned a lot about TCKs.

Some of them look one way and identify as being from another culture, like the student above.

Some of them look one way and say they’re not “from” anywhere. They spent four years in Japan, five years in Germany, three years in Saudi Arabia, three years in Brazil, and three years in Papua New Guinea. Where are they from? They don’t look like they are from any of those places. Those are the places they grew up and the cultures that shaped them. 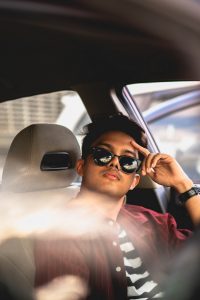 At college, and in much of life, “Where are you from?” is a common question.

For TCKs it is a difficult question to answer.

In my classes, I had them ask each other, “Where have you lived?” Everyone can answer that,

Some TCKs become defensive and appear arrogant. Others let the questions they can’t answer become noise in the background.

I do not technically qualify for TCK-ness, but I experienced many of the same problems because my family moved every 2 years and because we went from poverty to upper middle class in my lifetime. I know what it is like to go to bed hungry because there is insufficient food in the house to feed anyone till they are full. I also know what it is like to have PhDs for my high school teachers.