One helpful suggestion for picture book authors is to create a storyboard of the book to see how the book would be read.

Basically you have sixteen pages, folded. Cut three at the beginning and one at the end for paste outs (editor/publisher stuff).

That means you have 28 pages of writing.

Post-it notes or reposition tape could be used.

One of the things to check for is how much text is on each page. 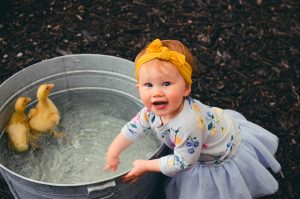 by Christian Bowen via Unsplash

I have taken this advice to such heart that when I first begin writing, I write by pages.

This is an example from a first version of a story.

Note: This was the first thing I wrote for this story, which has since been completed and critiqued. Before it ever got to the critique group, this was deleted, because it was too much exposition. It did, however, help me to set up the story in my head.

Our first Easter, we went to live with Cari. “Bea! Jay!” Cari squealed, picking us up in her arms.

It was a long way to the ground, but I wasn’t scared. Jay squawked.

Jay is my brother. He was born a few minutes before me, so he thinks he has to take care of me. I can take care of myself—most of the time.

I knew about the dog.

“Bea, the vacuum is going to start. Don’t be afraid. It’s just a loud noise.”

Cari became the leader of our team. She has big curls on her head, no webs on her feet, and arms instead of wings, but she is fun!

When Cari got her baton out, we climbed out of our pool and followed her around the yard. We were in a parade. 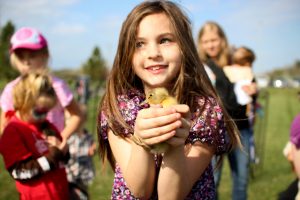 by Tim Umphreys via Unsplash

This is nothing like the final work–even the girl’s name has changed–but it is a good introduction to the characters and sets up clearly who they are.

When I “finished” this book, I put it into iBooks and used images from Unsplash.com to give me an idea of possible set ups. It helped me to see the pages.

I actually revised the story while doing the iBook version–for the sake of the image limitations I had.

This turned out to be very useful. A section that a reader said was confusing was clear in the iBook version, so I went in and revised the regular version to match.

This particular story has the least revisions of any of my work so far.

I only did 9 major revisions.